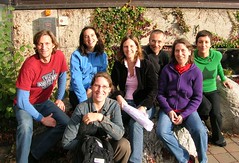 Participative technological design using the example of music; Participation of secondary-school students in the development of didactic concepts of an interdisciplinary technical training

Technology plays a major role in the daily life of many young people (especially mobile phones, computers, and related games as well as the internet). However, there are only a few girls and boys who consider to eventually work in this seminal field. The project "Engineer Your Sound!" addressed young people who are basically interested in creatively designing and using technology, thus connecting this basic interest with music – a field of great interest for most young people. The objective of the project was to develop a didactic concept that could enable peers who have no practical musical competencies and experience in producing music. This objective was realized in a cooperation of researchers and students of the Musikgymnasium Dreihackengasse Graz.

In the course of the project, the students took part in excursions and workshops, which provided an insight into the technology associated with music. They got encouraged to test this technology and to creatively experiment with it. In this first step the realization of the students’ ideas was vital. In the second step the actual objective of the project came into focus: Based on the students’ musical competencies and the experience they had gained so far with technology, a concept was elaborated which assisted their peers with becoming musically creative.

With EYS music is tested as a vehicle for an interdisciplinary and participative approach to designing technology.

Phase 1: First insights into the world of music-technologies

In order to provide the students with a first insight into music-technologies they were invited to the Institute of Electronic Music and Acoustics (IEM) at the University of Music and Dramatic Arts Graz. At the „Cube“ they experienced amongst others how to make music with a ball. They also got the chance to experiment with this technology. The device presented in the „Cube“ is called a „gestural interface“, which consists of a set of infra-red cameras. They are able to locate objects/subjects in the room by reflectors attached to this object/subject. According to the position of the reflectors in the room, different sounds arranged along virtual axes are triggered. In addition to the activities at the „Cube“, the students had the chance to test technology in a sound studio. They also learned about projects graduates and PhD students of the institute are working on.

Inspired by the activities at the IEM the students were highly motivated to participate in the kick-off workshop and to realize their creative ideas. In small groups they worked on modern film score and its effects on the emotions of the audience. They also worked on the alienation of voices and on the development of „air instruments“. Additionally to these music-technology projects, some students took the role of action researchers, who took a look at the progress of the individual projects from this prospective and reflected that in the context of the project Engineer Your Sound!. Teachers, technicians, and pedagogues were supporting the process. Characteristic of this phase is that all participants complement each other in their competencies and their background knowledge. Only together the objectives can be achieved. Further excursions were planned to the IEM for recording, to the IFZ (Inter-University Research Centre for Technology, Work and Culture) for training in ethnographic and action research, and to work places of sound engineers.

After completing the production we got on to the next phase in which new experience was used for the development of a didactic concept. This should enable young people who had no practical musical competencies to make music. This objective was gained by the cooperation of researchers, teachers, and students within the concept of action research and the participative approach of "Engineer Your Sound!".