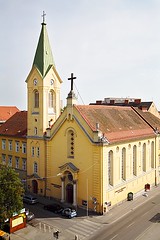 The history of the Protestant “Heilandskirche“ of Graz (Church of the Saviour) during the time of National Socialism has not been studied well so far. Even less research has been carried out on the fate of church members and their families persecuted as “Jews”. Project director Gerald Lamprecht points out that “the research support program ‘Sparkling Science’ offers a great chance to reappraise this part of history of the first Protestant community of Graz. We have to seize this opportunity in order to rescue this group of victims that has been marginalized so far from oblivion.”

On the one hand, the project focused on the structural development of the “Heilandskirche” since the late 19th century as well as the church’s members and governing body in the context of the greater Styrian, Austrian and European history. On the other hand, main emphasis was laid on individual dimensions of the people persecuted. Based on a praxeological approach, which means that people are not only the marionettes of structures but also the formers of them, the people involved and their individual scope of action are spotlighted. The aim of the project was to reconstruct the history of the “Heilandskirche” and its members persecuted as “Jews” during the time of National Socialism. Furthermore, questions of conversions of Jews in Styria (especially Graz) were dealt with, which have not been considered so far.

Within the project Mag. Hildegard Schaberl was mentoring teacher at the school participating called “Akademisches Gymnasium Graz”. She noted that “due to the opening of the ‘Heilandskirche’ archives it is now possible to examine the attitude of the Protestant denomination towards their members who were declared ‘Jewish’ by the National Socialists. This is a unique chance for pupils to work shoulder to shoulder with scholars within a joint project.” This fact was also looked upon favorably by Irmtraud Eberle-Härtl, leader of JuniorUni Graz.