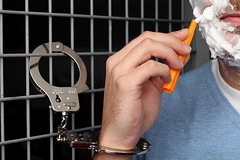 Catch me if you can

Shoplifting by children and juveniles – determinants and prevention

Shoplifting by children and juveniles is a complex and current topic. Due to its numerical spread, shoplifting exerts a substantial influence on the crime rate in Austria. The resulting economic damage is enormous, and in case of recurrence the legal consequences for the juveniles can be considerable.

Shoplifting is a typical juvenile crime, whose frequency declines with age. Studies show that onset, peak and desistance occur earlier in shoplifting than in other types of crime. The gender distance is less pronounced than for other crimes, although even here the majority of offences are committed by men.

To gain a comprehensive understanding of the issue “shoplifting” a joint inspection from the perspectives of economics, criminology and criminal law is indispensable. Thus, the project will be based on a cross-disciplinary approach. Embedded in an integrated theoretical framework connecting situational action theory (Wikström 2004), routine activity theory (Cohen/Felson 1979) und power control theory (Hagan 1989) we will work on three tasks:

This research project marks the first Austrian study on shoplifting committed by children and juveniles. It is organized as follows: In the first place, the relevant basic knowledge provided by economics, criminology and criminal law will be imparted to the student researchers. Then, with active participation of the student researchers, quantitative and qualitative inquiries will be conducted. In detail four work packages are planned:

Basic data analysis will be conducted together with the student researchers. More complex statistical analyses and the scientific dissemination of the results will be performed by the research teams of the FH OÖ and the JKU. The development of the prevention measures will be undertaken in cooperation with the student researchers, the teachers, and the association for probation and offenders aid (“Neustart”) as well as the counseling service of the police.