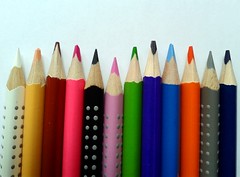 Political parties face a serious decline of trust and approval. Similarly, by conveying the different interests of various social groups into the political system, they also fulfill an important inclusive function in contemporary pluralist societies. Under conditions of socio-structural change, transformations of the labor market, international migration, and an alleged crisis of representative democracy, however, the integrative role of political parties is confronted with new challenges.

Together with high-school students, the project GIVING VOICE examined the capability of party systems to include the whole spectrum of societal interests by analyzing candidate lists compiled by the parties competing for votes in Austrian parliamentary elections. The candidates are regarded as representatives of social groups in terms of „descriptive representation“, the lists are treated as indicators of political inclusion.

The guiding research question was Can parties include both old and new social, “intersectional“ groups into the political process? If so, how? Three research goals were pursued: a) intersections of social group identities are recognized as axes of social stratification, thereby we contribute to recent research about intersectionality; b) candidate lists are translated into so called “group lists” along the mentioned axes of stratification, thereby we are able to visualize under- as well overrepresented groups; c) mechanisms of inclusion are identified, as explanatory factors we focus on political opportunity structures, party-specific factors as well as individual resources and motivations. In order to reach this goals, students discussed axes of stratification, analyzed candidate lists and translated them into group lists, and conducted interviews with candidates as well as party representatives (selectors).

The lasting effect of this project is guaranteed by setting up a database (in cooperation with the University of Vienna) as well as a guideline for future intersectional analyses of candidate lists. These tools areaccessible for research as well as for instructions in civic education.