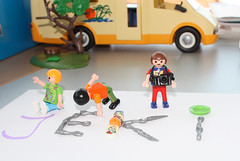 The UN-Convention on the Rights of the Child (CRC) was celebrating its 25th anniversary on 20th November 2014. This important document on human rights has been valid for a quarter of a century but children’s rights have not been fully implemented yet. The JeKi-project aimed to rethink and work with the topic of children’s rights in two different ways:

1. The JeKi-project researchers were collaborating with young people as partner researchers to work practically and specifically on scientific approaches to children’s rights on cultural and political participation.
2. The JeKi-projekt aimed at raising awareness of children’s rights and involves professional groups who worked with children like teachers, future kindergarteners and social workers. Representatives of different institutions of the Carinthian educational landscape as well as practical expertise from the “Carinthian Child and Youth Advocateship” were integrated.
The UN CRC addresses different aspects of participation but adheres to the essential statement in article 12 as follows:
„States Parties shall assure to the child who is capable of forming his or her own views the right to express those views freely in all matters affecting the child, the views of the child being given due weight in accordance with the age and maturity of the child.“

Children and young people are seen as capable subjects concerning their own way of life and deserve to be heard. Austria agreed on a “Federal Constitutional Law on the Rights of the Child” in the year 2011. An important precondition to assert rights appropriately is to achieve knowledge and awareness about them. The JeKi-project aimed to provide educational empowerment strategies to strengthen children and young people through partnership research processes.

Pupils received interdisciplinary information and knowledge about children’s rights. They also gained knowledge of social science methodology.
Pupils and students worked with adult researchers for example on a “Children’s Rights Walk“ in Klagenfurt, future workshops on participation, pre-scientific work on own topics. Open-mindedness for alternative approaches elaborated by pupils and students is a leading criterion.