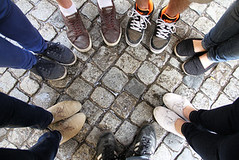 The transfer of political information to the public and the mobilization of citizens to political participation are necessary conditions for the success of democracy. However, especially catching young people’s attention for the political process gets increasingly difficult since media use behavior of young citizens and adults differs significantly. With respect to the future of modern democracy the question is how young citizens can be reached by politics. Studies show that social networks such as Facebook may contribute to the political participation behavior of young adults. Therefore, this project aims to investigate potential positive effects of new communication technologies rather than the negative side effects of social networks such as Facebook.

In cooperation with students the current state of Austrian politicians’ self-presentation on Facebook was analyzed. The project investigates whether these political offers are interesting, adequate and mobilizing for young adults. For this purpose, a scientific content analysis of Austrian politicians’ Facebook profiles was conducted. However, students were actively involved into the development of the codebook, since not only scientific criteria but also, in particular, young people’s evaluation criteria play a crucial role when analyzing these Facebook profiles. This content analysis’ results were critically reflected with the students and were presented to Austrian politicians from different political parties, who was also invited to the schools for discussion.

Students have critically reflect media democracy and learned about research techniques and methods in the social sciences. Furthermore, students actively contribute to political participation offers targeted at young voters. Through involving students in this project and through reflecting the results together with Austrian politicians, political participation and political interest of young adults in Austria can be enhanced. Finally, the aim of this project is to address an environment where young adults are experts and to focus on a communication channel, which is central for them.

Within the framework of the additional Citizen Science element “Young Adults’ Political Experience Sampling” all young citizens were invited to collect their political experiences via WhatsApp. In this way it was investigated which political topics preoccupy young people in their everyday lives.